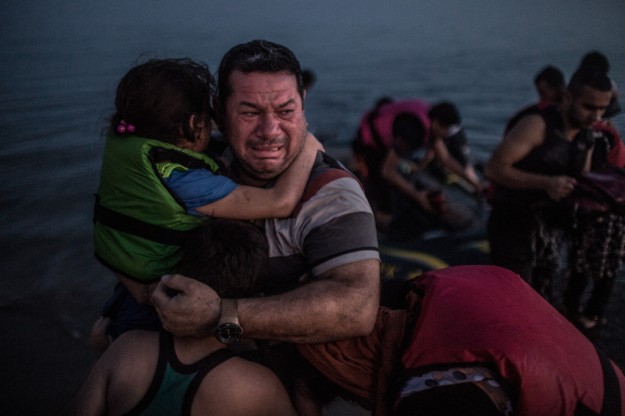 Laith Majid, an Iraqi refugee from Baghdad, breaks out in tears of joy, holding his son Taha and his daughter Nour, after they arrived safely on a beach of the Greek island of Kos, Greece, Aug. 15, 2015. The group crossed over from the Turkish resort town of Bodrum and on the way their flimsy rubber boat, crammed with about 12 men, women and children, lost air. Fearing that they get sent back to Turkey and upon being told so by their smuggler, Mr. Al Amirij’s wife initially identified them as Syrians from Deir Ezzor. The family has since made it to Berlin, Germany.